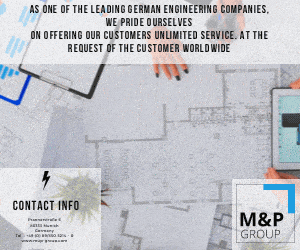 Kicking off the new series was the Mesquite Café Blues Band, from Sun City. The trio consisted of a Wayne Andreola on harmonica, Linda Villanueva on vocals and Paul Villanueva on guitar and also singing. The group spouted pure blues entertainment to an appreciative crowd assembled on the plaza north of the library.

The concert drew an audience of about 60. The applause was loud and some even rose to dance to the music. Every time band members said, “last song” someone in the audience called out for “two more” and they obliged.

This concert series was the brainstorm of Deborah Stephenson and Norm Utley, both members of the Rotary Club of Mesquite. They wanted to organize a series of outdoor musical events for the community to enjoy during the pleasant weather months in Mesquite.

Deborah and Norm pitched the idea to Mesquite librarian Judy Sargent and the Rotary Club for sponsorship. Thus, the weekly musical Sundays at the library were born.
“This idea is designed to improve the cultural experience in the Virgin Valley,” Utley said.

Sargent said that the concerts were an excellent experience for a beautiful Sunday afternoon. “Filling this plaza with musical talent and local art! Sargent said, “I just want to thank the Rotary Clubs for getting this outstanding event started.”

Attendee Dave Graham said, “This is a wonderful thing! We are enjoying the music, we will come back, it would be good if there was a food truck here too.”

Each Sunday a local group/band will be featured. The programs should last about an hour and a half.

Local service organizations have been invited to sell beverages and lite snacks at the events as a fundraiser opportunity. On Sunday, the Mesquite Showgirls was the first organization to provide beverages for the series.

A table was also provided for local artist to display their work during the performance.
“This is just our soft beginning,” Utley said. “And it was more than we hoped. Bear with us, though, and we will get bigger and better.”

There will be a concert each Sunday at 3 pm, through the second week in December, weather permitting. The only exceptions will be on Sunday, Oct 31 and November 28. No concerts will be performed on those Sundays.

The series will break after that until spring and warmer weather begins.
On Sunday, Oct. 10, the series will feature “The Trio of Three” beginning at 3 pm.